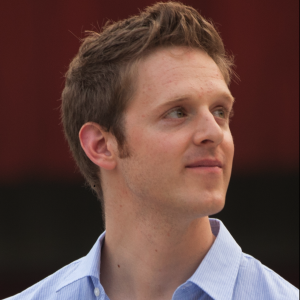 How to Calculate Your Target ROAS and ACOS for PPC

Just think. There are 1,000’s of advertisers running ads right now without knowing what their ROAS or ACOS targets are.

They operate on feelings: “It FEELS like things are improving.”

They are then doomed since their optimization can’t be centered around a target. Don’t be doomed. Calculate your minimum ROAS and maximum ACOS with this video.

SO WHAT ON EARTH ARE ROAS AND ACOS?

Here we go. ROAS stands for Return on Ad Spend, also known as Revenue Over Ad Spend. We wrote an in-depth article about ROAS here.

On the other end of the spectrum, we have ACOS, which stands for ad cost of sales, also know as Ad Cost Over Sales. Very simple, if you have $20 ad cost and revenue of 100 bucks, then your ACOS would be 20%. And if you were paying attention, you know it’s representing the exact same thing. A ROAS of 5X is an ACOS of 20%, because 1 over 5 = 20%.

An ACOS of 20% is 1 over .2 = 5. So these are actually the same numbers and they’re used to represent the amount of revenue you have generated and the amount of ad spend you have spent

HOW TO CALCULATE YOUR BREAK-EVEN ROAS OR ACOS

Now there’s the concept of minimum Return on Ad Spend, or maximum ACOS and it is extremely important.

This is the break-even point. This is the point at where you will start losing or making money.

How do we actually calculate what our minimum or maximum ACOS should be?

To calculate this break-even point, we just need a few things. We need revenue, cost of goods sold, and any other fees (like your Amazon fees, or merchant fees), profit per sale, and then we’re going to calculate our max ACOS and our minimum ROAS.

Let’s say you sell something and you generate $100 of revenue. It has cost of goods sold of 20 bucks, you have other fees accounting for $15, which gives you a profit for sale of $65, meaning every time you sell this $100 product, you make $65.

WHAT SHOULD MY TARGET Roas OR my target ACOS BE?

So all business have some rationale for how much they actually want to spend of their profit per sale on ads. You need to make this decision for your own business. I’ve seen people want to get very aggressive. Maybe in a situation like this, if 1.5 is the minimum return on ad spend, they only want to hit 1.7, or even 2X, and that’s it.

I’ve seen other people that say, “Hey, I need to be really profitable with my ad spend, so I need a minimum return on ad spend, even though it’s 1.5, I want to set a target for 3X or for 4X or so.”

So it’s really up to you for deciding how much you will actually want to spend of your profit on paid ads.

This might be a pretty simple example. So this is the exact same situation, except let’s break this down: revenue – $100, cost of goods sold – $20, other fees – $15, profit per sale – $65. So it’s the exact same product, exact same profit margin, except this time we’ve added the percent of profit you actually want to spend on paid ads, which in this case is 50%.

We’ve been optimizing for ROAS and ACOS and auditing campaigns for years, and have looked at 100’s of accounts.

Get your own action plan you can immediately apply for a better performance in the next 30 days.
Request a proposal

HOW TO MANAGE THE ROAS OR ACOS OF MULTIPLE PRODUCTS

You’re right, this is really simple in theory to just go through this exercise for one product, but as soon as you start having dozens and dozens of products, this becomes a lot more challenging. So what do you actually do?

Well, you run through this exercise on all of your products, and you group them. You can group them by closely related target ROAS and then grouping them together in their ad groups.

So for example, Product 1 and 2, they both have a target return on ad spend of 4X and 5X respectively. Meaning, you just take both of these products and put them into an ad group targeting 5X. If you take a look at Product 3 and 4, you can see the same situation, their target return on ad spend is 8X and 9X. You can just take both of those and put them in the 9X target. So when you group things like this, it allows you as a starting off point to easily organize your PPC campaigns.

INCLUDE YOUR TARGET ROAS or ACOS IN YOUR PPC CAMPAIGNS NAMES

As a last step, you need to be really clear with your labels so you don’t forget any of these things. Every campaign should have a KPI on it. For example: “Water Bottles + Search + Cold Traffic + ROAS 4X Target + USA”.

Very simply, very clear, so I’ll never forget what the return on ad spend target should be when I’m optimizing that campaign.

Here you go, the TL;DR version of the above:

If you enjoyed this info and you want more of this goodness, be sure to subscribe to the Search Scientists YouTube channel or get on our newsletter list below.

Emailing my clients and telling them I helped increase their return on ad spend by 300% never gets old. I love rising above the technical jargon and providing your business with online marketing momentum to reach new heights. Enthusiast for all things science, surfing, and Search Scientists. Headquartered in the sunny city of Austin, Texas